Royal Mail has said it will not deliver a leaflet for the right wing party Britain First in the Rochester and Strood by-election because it believes it to be illegal.

The company said it could refuse to carry election mail if it considered the contents threatening or abusive.

The leaflet features a woman wearing a veil with the word “warning” and refers to a campaign against a planned mosque.

Britain First said it had free speech rights and would challenge the move. The party said the leaflet highlighted its key policy – opposition to a new mosque.

Paul Golding, from Britain First, said: “Royal Mail is compelled by law to put out each candidate’s election address. “They’re breaking the law by not putting this out. They’re actually breaking the law and basing it on ‘it may be unlawful’. That’s not good enough.”

When asked whether the leaflet could be seen to be prejudiced against Muslims, he said: “No. Not at all. We’ve just simply said we’re against the mega-mosque. We don’t want it built.”

In a statement, Royal Mail said it was legally obliged to deliver parliamentary election mail, but could refuse if it considered contents to be illegal – for example if it was threatening, abusive, insulting, or intended to cause distress or anxiety.

“We have procedures in place to evaluate whether election mail complies with the law. In this instance, we consider that the election mail in question does not comply with the law and have therefore refused to carry it.” 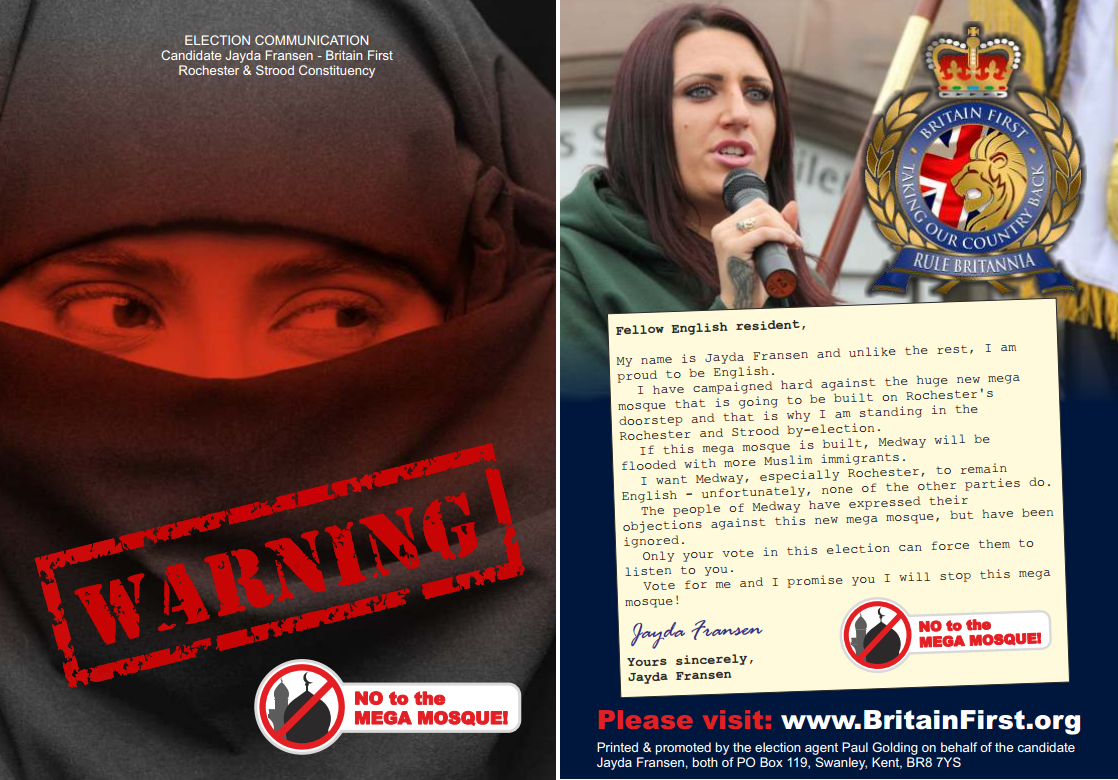