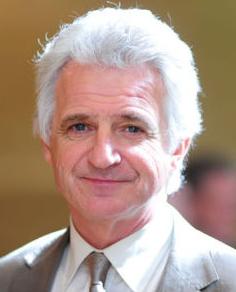 The far right English Defence League has been given a clear message by city council leader Simon Cook [pictured] – “We don’t want you in Bristol.”

The EDL, which describes itself as an anti-Islamist group, is planning to press ahead on Saturday with its controversial march through the city.

Meanwhile, a group of trade unions, community groups and anti-racist organisations called We Are Bristol will stage a counter demonstration opposite the Bristol Hippodrome at the same time.

Labour councillor Mike Wollacott (Brislington East) wrote to Mr Cook, inviting him to attend the anti-EDL demo. But Mr Cook has turned down the invitation, saying he thought it would send out the wrong message.

Mr Cook added: “We have made absolutely clear that we do not agree with their extremist views and do not want them in Bristol. They are not a proscribed organisation and have a right to march.

“Council officers have worked closely with the police to ensure that the march goes off peacefully. At all times, the police have made it very clear that they do not believe that banning the march would be in the public interest.

“I and other members of the cabinet will respond to the EDL presence in our city by showing solidarity with Pride on the Saturday and the multi-faith event on the Sunday. I do not believe however, that attending a counter demonstration would send out the right message: it would simply give the EDL the oxygen of publicity.”

The EDL march and counter demo clashes with the climax of the week-long Pride Festival which celebrates the Lesbian, Gay, Bisexual and Transgender community.

Paul Stephenson, who received an OBE earlier this year for his work with race relations in the city, has urged council leaders to review their decision not to ban the march. A petition was handed in last week asking cabinet councillors to call on Home Secretary Theresa May to stop the march. Cabinet Councillor Gary Hopkins said there was not the slightest chance of winning a ban without a police recommendation.

March organiser Mickey Bayliss expects about 500 EDL members to take part in the march which starts at Redcliffe Wharf at 1pm.

Mr Stephenson, Bristol’s first black social worker, founded the West Indian Development Council to campaign against racism in Bristol, and in particular the ban on the employment of black people to work on Bristol buses. Within six months, the ban was lifted.

He told the Post: “I was surprised and deeply disappointed that the city council decided not to ban the proposed march. The decision by the council to allow this march to take place on the spurious grounds of freedom of speech flies in the face of the EDL’s members’ bid to stir up racial hatred, bigotry and intolerance.

“Despite the assertions the EDL make in denying they support a racist philosophy aimed at attacking Bristol’s Muslim communities, they use them as a scapegoat for high youth unemployment and dismantling the welfare state. At a time of economic collapse both locally, nationally and globally, Bristol’s citizens do not wish to see racial and religious bigotry promoted on its streets in the name of freedom of expression.”

Mr Stephenson said that this year’s St Paul’s Carnival, which was an expression of peace, love and friendship had to be cancelled because of lack of financial support. Yet the EDL march, which was going to cost so much of council taxpayers’ money to police, was going ahead.