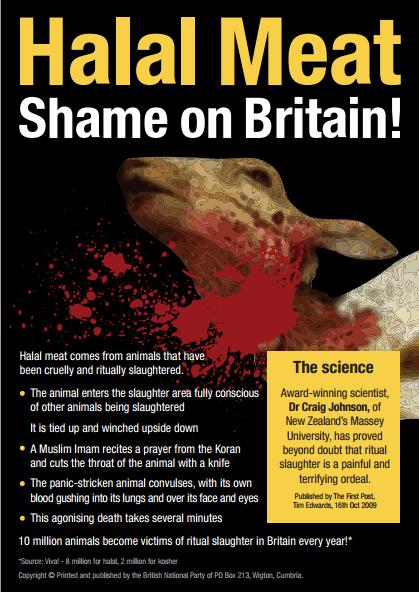 BNP leader Nick Griffin is due to lead a demonstration in Sunderland tomorrow. Mr Griffin and members of his party are planning to take part in a demonstration against the use of halal meat in Subway sandwich shops in the city.

However, despite claiming their protest is neither politically or racially motivated, their plans were today condemned. Tahir Khan, chairman of the multi-cultural organisation Unity, said: “Picking on religious beliefs is very evil-minded and is wrong morally. I think the BNP is just wasting its time and resources.”

As part of a day of action, they plan to congregate outside the St Luke’s Terrace Subway shop in Pallion to raise awareness about what they claim is a “barbaric” practice.

In the past, the party has taken part in similar protests in other parts of the country, including South Tyneside.

Martin Vaughan, North East BNP representative, said: “My party has campaigned for many years about the barbaric slaughter of these poor animals. They should not be ritually slaughtered in this country and it’s a barbaric way to kill animals. It’s got nothing to do with religion. It’s all about the health and safety of the animals. It’s diabolical that this is allowed in this country.”

According to Islamic law, halal meat must come from a healthy animal, the butcher must make a recitation dedicating it to God, and the jugular vein, carotid artery and windpipe must be cut before the blood is drained. With non-halal meat, the animal is stunned before having its throat slit.

The BNP also plans on lobbying the RSPCA about the issue, which they claim the animal charity ignores.

In fact you can read the RSPCA’s briefing on religious slaughter here.

Unlike the BNP leaflet, it is based on actual evidence, pointing out that 90% of halal meat produced in the UK is stunned before slaughter, whereas no kosher meat is pre-stunned. So, if the BNP’s claim that pre-stunning is more humane were true – which is itself questionable – then their objections would be mainly directed against ritual slaughter within the Jewish community.

The fact that the BNP makes no mention of shechita is hardly accidental. They have concluded that these days there is little mileage in publicly promoting antisemitism and much more to be gained from stoking up public prejudice against the “barbaric” culture of Islam. Their supposed concern for animal rights is of course just a smokescreen.