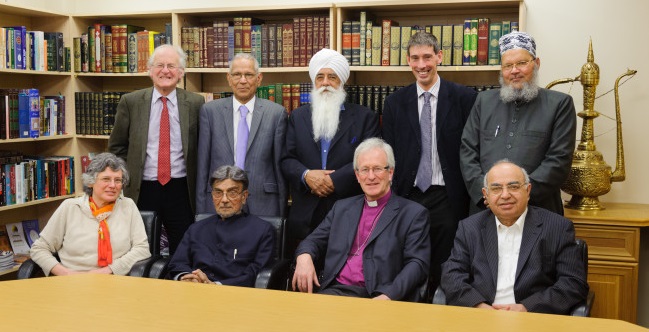 A group of faith leaders in Birmingham has released a joint statement in response to “sensational” media headlines over an alleged “Islamic plot” to infiltrate Birmingham schools.

The alleged plot – known as “Operation Trojan Horse” after a letter was supposedly found detailing the plans – has been covered extensively in the mainstream media which has accused a group of Birmingham Muslims of trying to Islamize education in the city.

But Muslims  are increasingly showing concern over what they see as media scaremongering. A Twitter hashtag #islamicplot is being circulated ridiculing the accusations, saying that when a group of non-Muslims try to achieve something it is simply considered a “plan” but when Muslims do the same it is a “sinister plot.”

Here is their statement:

“We are profoundly concerned that some of the public media have distorted the discussion on what has become know as ‘Operation Trojan Horse’, demonising sections of the community in a completely unacceptable way.

As faith leaders in this city we wish to affirm our commitment to education for every child in Birmingham that promotes their emotional, spiritual, physical and intellectual development and equips them to live well as citizens of a global city.

Birmingham is a super-diverse city of a million people, from over 180 countries, with a rich variety of faith and secular beliefs. In the largest UK city outside London, every child matters absolutely. Working out what good education looks like, especially for the 37% of the population that is under 25, is really important.

As leaders of faith communities we are determined to play our part in starting a wider conversation with a full range of partners. Together we can look at the highest standards of governance, excellence in leadership and mutual expressions of faith in schools. It is vital for the cohesion of the whole city that each child in Birmingham has the very best educational experience.

The cohesion of this city is built on years of interfaith communication and dialogue, joint practical action and friendships between people of different faiths that have built resilient communities and a strong core of shared values. We remain committed to build trusting relationships and joint working across the city so that no person or group is excluded and we can all flourish together, enjoying, sharing and celebrating the richness brought to this city by its diversity.”