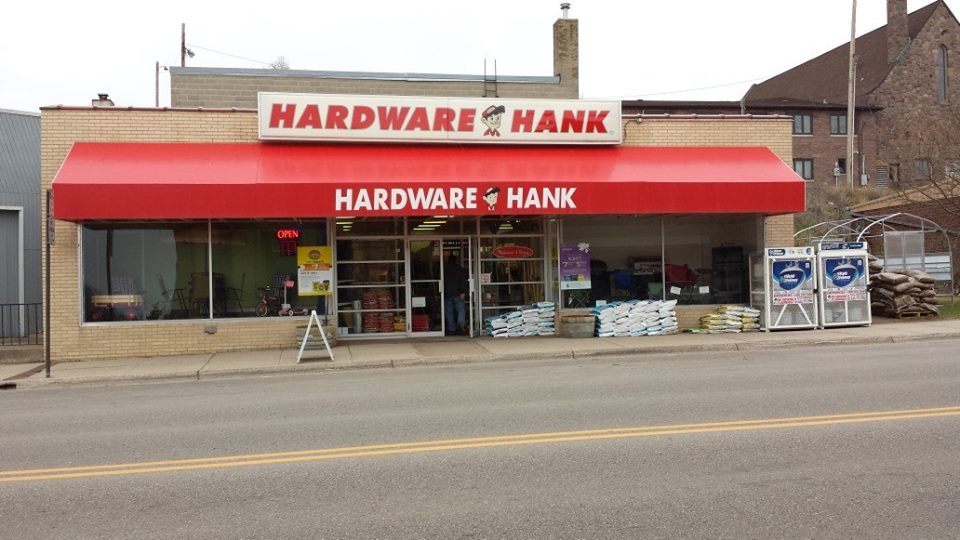 The chairman of the Big Stone County Republican Party, who took to Facebook last week to issue a “call to arms” against Muslims, has lost his day job.

Jack Whitley “brought shame” to his community and to Hardware Hank, the Ortonville store where he has worked for the past several years, his employers decided. Whitley’s Facebook posts – in which he described Muslims as “terrorists” and “parasites” and calling for someone to “frag ’em” – came as a shock to the store’s owners, Bob and Sue Kulbeik, who were even more shocked when he stood by his remarks.

“Everything Jack said was so contrary to the way my husband and I conduct our life and the way we believe and think that we just couldn’t tolerate it,” said Sue Kulbeik.

He was let go, she said, not because of any outside pressure, but because “he clearly offered no remorse” for his statements. “We even asked him, ‘Is that really how you feel?’ And he said, ‘Absolutely,'” she said. “We said, ‘You’re no longer needed at our store.'”

The Minnesota Republican Party, which strongly condemned Whitley’s remarks last week, does not have the authority to remove a county chair. Only his fellow county Republicans, who voted Whitley into office in 2013, have the power to remove him. So far, the state committee has not had word of a leadership shakeup in Big Stone.

It is with regret and shock that we feel we must address the comments that one of our employees made last week. While we support every American’s right to free speech, we certainly cannot condone the inflammatory remarks against Muslims and others. This is NOT a view we share and we are saddened to know that this has become such a horrible reflection on Big Stone County, our community, and our business.

I’m not sure when it became the norm for one individual with flawed thinking to become the spokesperson for an entire area. How is it OK for his words to be dumped on all of us as our collective belief? This is so far from the truth it is amazing to think that it is even considered that we all feel the same.

We have already felt the ramifications of this individuals actions and it’s been suggested both locally and statewide on the MPR website that our business should be boycotted as long as he works there. We have also felt the love and support from the people and other businesses when we were in town over the weekend and we thank you for that.

Let’s be clear. At no time were we aware of this person’s views. At no time were these views expressed within our presence and had they been, we would have dealt with it immediately. Having said that, it is clear that this person has brought shame to us personally, to our business, our community, our county and the Republican Party. His actions must be addressed and for our part we will definitely do so. We will not tolerate this type of bigotry within our business family.

We have always tried to be inclusive when dealing with the public. Everyone is welcome n our stores and will be treated with respect and common courtesy. If that has not been the case, please let us know.

As we enter the holiday season, let’s take this opportunity to extend a hand to others – of all races, religions, and ethnic backgrounds. Let’s show the state and the world that we are better than this one individual and his flawed thinking. Let’s show them who the people of this area REALLY are!

Peace to all,
Bob and Sue Kulbeik

So far, more than 150 people have “liked” the post, and most of the responses have been supportive.

This past weekend should have been a festive one for Hardware Hank. The store was hosting a holiday cookie contest for Ortonville’s Fall into Winter Expo. Instead, the store’s owners, were dealing with boycott threats.

“We had a lot of people who were friends of ours who were loving and supportive and concerned, and we had others who said ‘We won’t darken your doorstep anymore,” Sue Kulbeik said. “It was a tough weekend.”

In all the years Whitley worked at the store, Kulbeik said, he had never shared his views on Muslims.

“We saw no indication of this in his work life or any conversations in or outside work, we talked with the other employees and they saw nothing this extreme,” she said.

Ortonville is a city of fewer than 2,000 people, where almost everyone knows everyone. The controversy has shaken the community. Above all, residents hope the rest of the state doesn’t think Whitley speaks for them.

“Don’t paint all of us out here in West Central Minnesota with such a broad brush. One completely off-the-wall person doesn’t have the community support when he speaks like that,” Kulbeik said.”That’s not how we are, that’s not how we feel.”