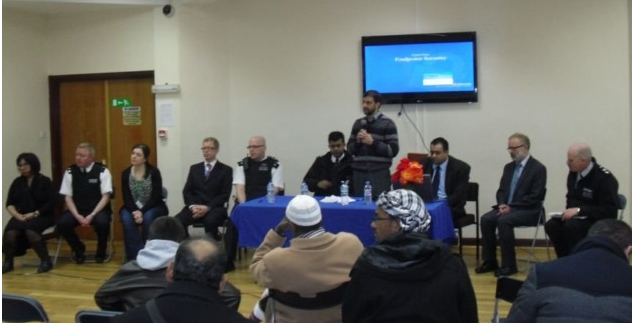 More than 100 people got together at an event to combat hate crime on Friday. Senior police officers, Muslims and politicians gathered at Finsbury Park Mosque, in St Thomas’s Road.

The mosque suffered a suspected anthrax attack in 2011 and had a pig’s head stuck on its gates in 2010.

Speakers included Sergeant Rob O’Connor, of the Highbury West Safer Neighbourhood Team, Sergeant Khan, a representative from the MPS Muslim Police Association and Fiyaz Mughal, head of Tell Mama, an organisation which allows people to report hate crime without the police, Islington MP Jeremy Corbyn and Mohammed Kozbar, chairman of the Trustees of the mosque.

The event included a member of the congregation talking about her experiences of hate crime and its impact.

Insp Richard Padwell said: “This was an excellent event which came about through effective partnership working. This demonstrates our shared commitment to tackle hate crime and anti-social behaviour”

Hate crime can be reported by 999 in emergencies and 101 in less urgent cases.