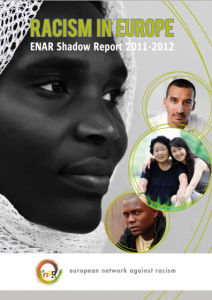 Islamophobia, or discrimination against Muslims, is widespread in many European countries. Prejudice towards Muslims is often more visible than that affecting other religious or ethnic minority groups. This is the conclusion of the first pan-European qualitative survey on Muslim communities in Europe, part of ENAR’s 2011/12 Shadow Report on Racism in Europe and released ahead of International Day Against Racial Discrimination.

Manifestations of Islamophobia include discrimination and violence towards Muslims, criminal damage to Islamic buildings, and protests against the building of mosques even in countries, such as Poland, where some Muslim communities have been established and integrated for centuries. Muslim women and girls are particularly affected, facing an extreme form of double discrimination on the basis of both their religion and their gender. In France for instance, 85% of all Islamophobic acts target women.

In addition, anti-Muslim and anti-immigration discourses, promoted and exacerbated by both extremist and mainstream political parties, are fuelling discrimination and preventing ethnic and religious communities from participating fully in the European society and economy. This scapegoating is used as a deviation from the ‘real issues’ by many politicians to cover up a lack of vision and leadership in contributing as much as would be expected of them in steering the recovery of European societies.