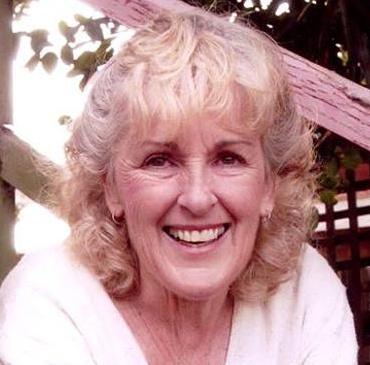 A candidate for the Prime Minister’s seat of Griffith has put outlawing the Islamic faith front and centre of her election campaign, branding it a “religion from hell” and claiming that building mosques in Australia is “high treason”.

Sherrilyn Church of the Rise Up Australia Party says her top policy priority in the election is to ban the building of mosques in the electorate, south of Brisbane.

Ms Church – a small-time citrus farmer from Crows Nest on the Darling Downs – said her primary concern for the electorate was “the Islamisation of the city by councils giving permission for mosques to be erected”.

“Basically, I see Islam not primarily a religion but a system of law because to the Islamic mind the existence of a mosque in an area means they believe that Sharia law applies and the Islamic flag must fly – now that is high treason in a sovereign nation,” she said.

“Islam is a legal system before it is a religion. We have freedom of religion but their religion is illegal. We are multiethnic, but we are not multicultural, because that’s where the law comes into it.

“The people in the mosque can be as charming and pleasant as your best Australian but there is also those elements, as you know across the world, where young men are recruited to jihadist training camps from these mosques. A lot of people consider it to be fine. A lot of people also consider that having gay marriage is fine.”

“This question is asked of all Australian citizens when they stand before the governor or to become citizens. They have to declare that they will come under our system of law, and our flag. If you’re going to say; ‘no, I’m going to hold to the laws of the Koran’, I would say `pack your bags, get on the next plane and go home’. Our laws are totally and utterly contrary to the law of the Koran. There are some religions that didn’t come from heaven, they come from hell.”

Ms Church’s platform has proven unpopular within the local Islamic community, which has two mosques in the Griffith electorate at Holland Park and West End. The views only damage hard-fought steps to integration with the southside community according to Islamic College of Brisbane chairman Mohammed Yusuf.

“It’s a very sad thing that because of ignorance and people trying to gain cheap publicity with these things they do so much damage,” Mr Yusuf said. “It really annoys us when people who through their own ignorance or for their own political gains, say things which are damaging. It’s not in the best interest for anyone.”

Mr Yusuf said that Christianity and Islam were fundamentally the same and the Sharia is compatible with Australia life and “does not affect anybody else”.

“There’s punishments and penalties for certain things – adultery or stealing and all that – under Sharia law that apply in Islamic states, not Australia so there’s no way the Muslims are going to say I’m going to introduce that here. The majority of the things we talk about for Sharia law are already in existence here – we follow what applies to us, what does not apply we refrain from and don’t practice.”