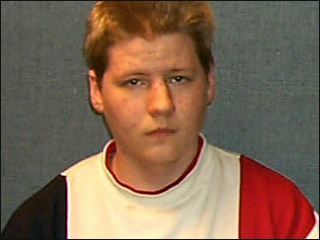 SEATTLE — An Auburn man found guilty of threatening a local Muslim woman and her baby for their race and religion is headed to prison.

A judge sentenced Eric Lee Garner to 17 months in prison on Friday, handing down the maximum sentence allowed for an incident that took place at the Seattle Indian Health Board in July 2009.

Investigators said 24-year-old Gardner, wielding a knife, made derogatory comments to a young mother and her 6-month-old baby, and threatened to cut them.

Garner told the woman, “You Muslim people scare people when you wear that clothing,” and “When I see a black woman, it makes me want to throw up,” according to the statement of probable cause.

The alarmed mother said she asked him what was wrong, to which he responded, “I’m talking to you (expletive), Muslim people,” the statement said.

When the woman said, “What I wear does not make me a bad person,” Garner told her, “You scare people,” and cursed at her, the woman told detectives.

The woman tried to move away from the aggressive man, but he followed her. He then pulled out a sheath knife with an 8- to 10-inch blade, held it in front of her face and said, “I’m going to cut you and your baby with this knife,” the statement said.

Garner slammed the knife on the counter, struggling to get it out of the sheath, detectives said. A staff member of the health clinic reached over and took the knife away from the man.

“I just heard a big slam on the counter and I looked over and it was a knife,” said employee Alissa Stewart. “My first instinct was to grab it and get it out of reach.” Garner then lunged over the counter, grabbed the knife out of Stewart’s hand and fled, investigators said.

Another clinic employee who had dealt with the boisterous man earlier in the day identified him as Garner.

Police found Garner walking in Seattle’s Capitol Hill neighborhood the following night. They said Garner, who was carrying a knife, admitted he had “pulled a knife on a Muslim woman earlier in the day because he was ‘doing his part to defend America,'” according to the statement.

In March Gardner pleaded guilty to charges of malicious harassment and second-degree assault. He has a long criminal history with prior convictions for assault and felony harassment.