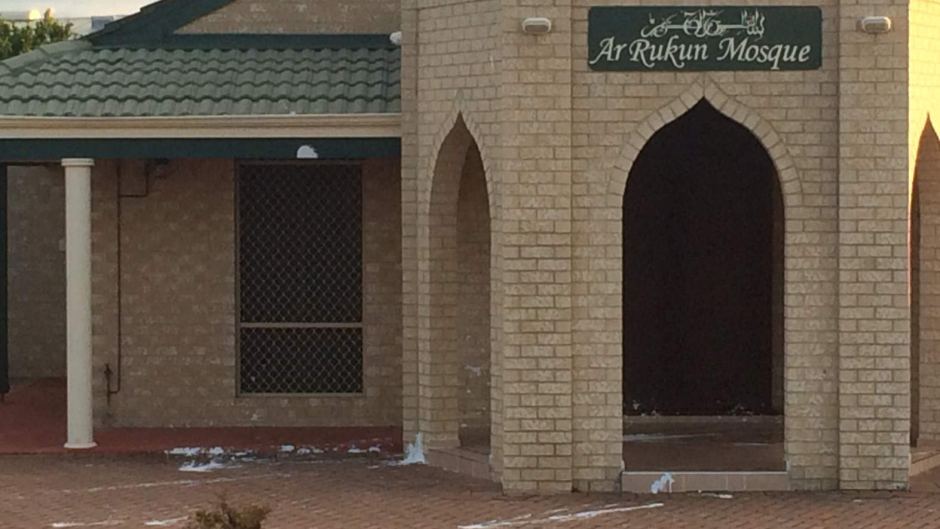 Police are investigating an attack on a mosque at Rockingham, south of Perth. White paint was splattered over the front doors, verandah and car park of the Ar-Runkun Islamic Mosque in Attwood Way. Police believed the mosque was targeted some time between Sunday night and yesterday afternoon.

There were four canisters of white paint used. The mosque is surrounded by a high security fence and it is believed the vandals threw the canisters about 40 metres to hit the building.

A senior police spokesman said there was no graffiti sprayed on the building. But he told the ABC the attack was out of the blue and unusual, and may be linked to news out of the Middle East yesterday. The US confirmed yesterday morning that American aid worker Peter Kassig was murdered by Islamic State militants.

The attacks follow a number of incidents against other mosques and temples.

A Sikh temple in Perth’s east was vandalised with anti-Islamic slurs last month. The newly-built temple in Bennett Springs, near Beechboro, was painted with the words “Aussie pride” and “go home” as well as more obscene messages. Security cameras were also damaged. Temple pastor Satjit Singh said the vandalism was very upsetting and the damage could cost up to $50,000 to repair.

The incident followed the targeting of two Perth mosques and an Islamic school earlier that month, which were painted with slogans including “ban Islam”.