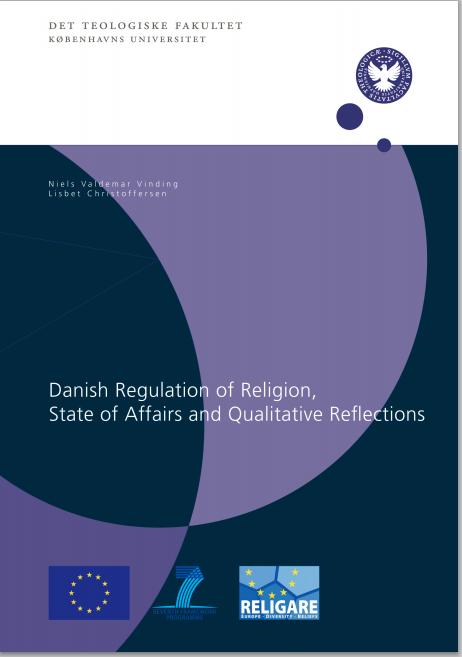 Ramadan dinners in the Danish Parliament, staff parties without either pork or alcohol and prayer rooms at the airport are all examples of how religion is becoming more visible in public spaces.

“Prior to the mass migration of the ’60s, ’70s and ’80s, almost all Danes shared similar values and were members of the national Christian church, so religion was not an issue in everyday life. There was no need to discuss neither one’s own nor another person’s religious viewpoint, and secularisation was a matter of course. Today, it is difficult to be in a public place, read the newspaper, or go to school or work without encountering religious expressions and symbols,” says Niels Valdemar Vinding, a PhD student from the Centre for European Islamic Thought at University of Copenhagen and co-author of a recently published report from the European research project RELIGARE that examines religious diversity and secular models in Europe.

“Everywhere in Europe it is clear that the concept of secularism, where religion remains a private matter, is under pressure. Everything suggests that in the future religious organisations will have more influence on schools, workplaces and the media. This means that both private and public institutions will be dealing with religion more often,” explains Vinding.

The report is one of six national reports examining the nexus between secularism and religion in a specific European country. The reports are based on interviews with a variety of religious, secular and political leaders. The reports are key contributions to the research project RELIGARE, which brings together university researchers from ten different European countries.

The picture the report portrays of the typical Dane’s reaction to the tension between secularism and religion is a bit blurry. On the one hand, Danes cherish diversity, support the idea of having room for all and believe in giving each individual the freedom to follow their own faith and convictions. On the other hand, many would like a high degree of legal regulation when it comes to those forms of religion and religious expression that seem strange or different. An example of such regulation was seen in the amendment of the Judicial Code of 2009, which forbade judges and lay judges from wearing headscarves in courtrooms.

“It is not a case of two opposite sides of opinion, it is rather a an overlap of opinions,” says Vinding. “People support personal freedom and religiosity, but not at any price. Some Danes can be perfectly comfortable with a morning hymn being sung in school, and at the same time have a problem with halal meat being served in institutional meals without seeing a clear picture of the contradiction or sense of injustice.”

The report (Danish Regulation of Religion, State of Affairs and Qualitative Reflections) can be downloaded here.

The examples given in the university news release of religion’s increased visibility in Danish society (“Ramadan dinners in the Danish Parliament, staff parties without either pork or alcohol and prayer rooms at the airport”) all concern Muslims. Yet, according to the authors’ own statistics (pp.14-15 of the report), Muslims comprise only around 4% of Denmark’s population while members of the national Christian church (Folkekirke) account for over 80%. So “mass migration” has obviously had a very limited impact, in terms of numbers.

The claim that “secularism, where religion remains a private matter, is under pressure” amounts to the complaint that Danish society is now having to make some adjustments to the religious beliefs and practices of a minority faith community of recent migrant origin. “Secularism”, as previously practised, was nothing of the sort. It amounted to state policy based on the understanding that Denmark was an almost exclusively Christian society.

There is still no separation of church and state in Denmark. The authors of the report point out (p.97) that the financial basis of theFolkekirke is the church taxes paid by its members. “The tax is collected by the state as a form of organisational support raised alongside taxes for municipality and state purposes. The state also gives direct financial support, paid by all taxpayers through the state taxes.” Indeed, there is (p.102) a “state obligation according to section 4 of the constitution to support the Folkekirke“.

Further (p.94): “A special public sphere in Denmark is occupied by the Royal Family, which is linked to the Folkekirke through section six of the Constitution. This stipulates that the monarch shall be a member of the Evangelical Lutheran Church. This – and the fact that pastors in the Folkekirke are regarded as civil servants – means that the senior pastors, deans, and bishops are invited to certain events of state such as the Queen’s New Year’s Audience and participate in religious ceremonies such as royal weddings and baptisms.”

As its title indicates, the report is a rather dry academic study of the relationship between state and religion in Denmark. The university news release is evidently an attempt to drum up some publicity for the report by playing to popular myths about mass migration and the Muslim threat to secularism.