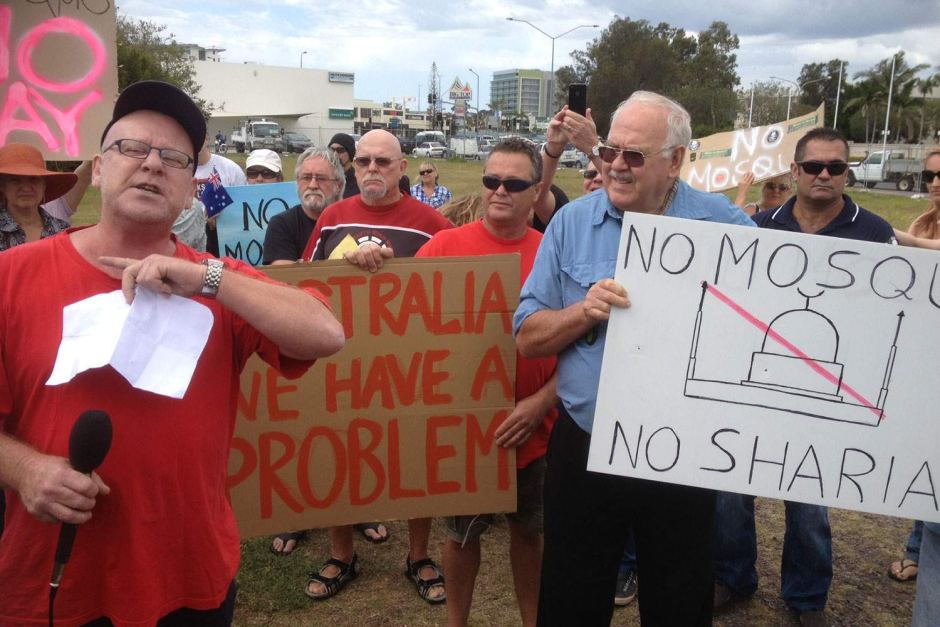 Hundreds of people protesting against a mosque on Queensland’s Sunshine Coast have come to verbal blows with the building’s supporters, with about 20 police separating the emotionally charged groups.

More than 200 anti-Muslim demonstrators shook placards stating: “Islam is plotting our destruction” and “Australia we have a problem” at the site of the planned mosque, on Church Street in Maroochydore. The protesters said they were concerned the site could become a hub of radicalisation, threatening the local community.

“I’m not for it anywhere in Australia,” a man who called himself Aussie Ron told the ABC.

One Nation state president Jim Savage, who said he had two adopted Asian daughters, said he was not a religious bigot nor a racist.

“This is nothing to do with race,” he said. “What Muslim preaches violates the laws of my country. It is an ideological, political organisation wrapped up in a very thin skin of religion. I ask anybody to name any Western country in the world where there had been a large influx of Muslims where they have seen an improvement and have not seen social issues.”

Pakistani-born Justin Albert warned of experiences of oppression in his native country. “Chopping their heads, it is their Jihad,” he said. “I know their deeds. No more mosque in Australia. One day you will see they will kill you.”

More than 50 pro-mosque demonstrators tried to shout down the anti-mosque group, calling them bigots and ignorant. They riled their opponents further by singing the national anthem and other iconic national songs. “You’ve never read anything,” one pro-mosque protester taunted the angry mob.

Another promoter, who did not release his name, said there needed to be more education. “The Sunshine Coast Muslim community has existed here for over 30 years guys and no one has even batted an eyelid,” he said.

The protest comes just days after a mosque was rejected by the Gold Coast Council, which cited a lack of parking, noise issues and community concern. 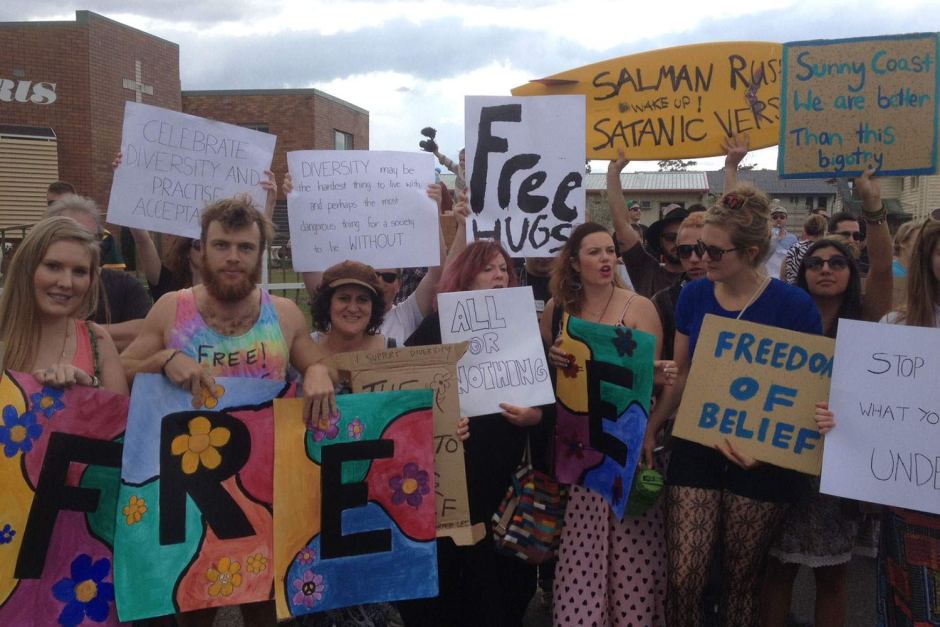