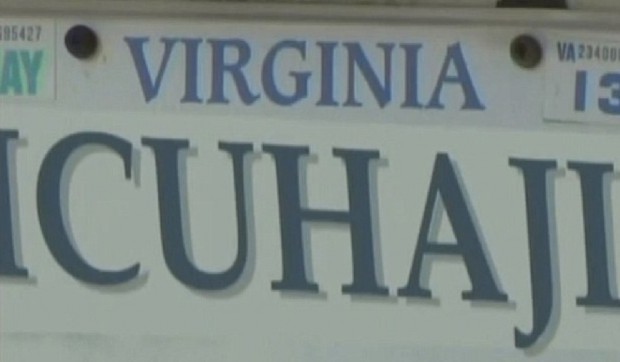 Iraqi War vet, Sean Bujno, who is suing to use the license plates “ICUHAJI,” had his case dismissed for a second time by a circuit court judge.

The license plate is deemed offensive and racist towards certain groups, such as Arabs and Muslims. Bujno’s attorney says it is a First Amendment issue. They are considering a third appeal, this time possibly with a U.S. District Court.

The DMV revoked the plates in 2011. The DMV believes it violates a prohibition on letter combinations that may be interpreted as “socially, racially, or ethnically offensive or disparaging.” The license plate can be read as: “I see you, Haji.” “Haji” is often used by U.S. soldiers as a racial slur to describe Muslims or Arabs. The word is used by Muslims to address someone who has made the sacred pilgrimage to Mecca, or the “Hajj.”

Bujno is a former Army sergeant who lives in Chesapeake, Virginia.  Bujno was honorably discharged in 2009. He used the plates for more than four years before they were revoked. His hometown appears to be backing Bujno. A newspaper poll suggests that more than 70% of the people support Bujno getting his plates back.

“ICUHAJI” wasn’t Bujno’s first choice. He had earlier attempted to have the message “HAJIKLR” put on his plates.