Here, via Tell Mama, are the Met’s figures for Islamophobic crime in London. Overall, such offences for the twelve months to August 2013 showed a 92% increase compared with the previous year. This is presumably accounted for mainly by the spike in incidents that followed the murder of Lee Rigby in May.

It is unclear, however, whether these figures demonstrate that anti-Muslim hate crimes “have not gone back down to the levels that they were pre-Woolwich”. According to the Met’s figures, there were 45 Islamophobic crimes reported in August 2013, compared with 46 in August 2012. 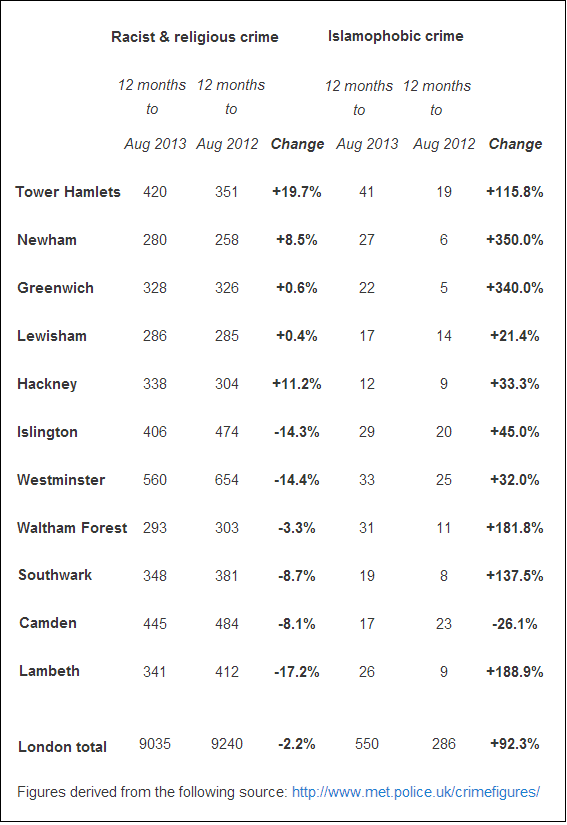