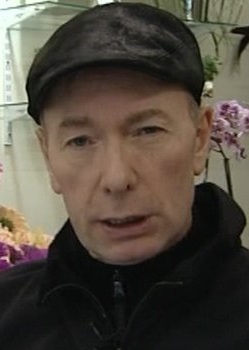 Parsons assures his readers that most of the Islamophobic incidents that followed Lee Rigby’s murder took place online, and “some cretin foaming at the mouth on Twitter or Facebook is simply not the same as having someone stick a bottle through your window, or attack you in the street” (which of course ignores the fact that the former may well inspire the latter). He asserts: “The ‘anti-Muslim backlash’ is somewhere between a grotesque exaggeration and a plain old lie.”

This is just a rehash of the discredited Gilligan thesis. Parsons, however, adds a few ignorant and incoherent arguments of his own.

Dismissing as an illiterate moron the vandal who painted the slogan “LEE RIGBY KILLERS SHUD HANG” on a war memorial, Parsons says he “just can’t believe that our democracy is under threat from some swivel-eyed fool who spells as badly as that”. What kind of stupidity is this? It is not the British parliamentary system that is threatened by angry right-wing bigots but the minority communities they target. And these bigots’ inability to pass a literacy test doesn’t prevent them from carrying out arson attacks on mosques, daubing Islamophobic graffiti on walls or inciting violent hatred on the internet.

So far as any measures need to be to taken to counter the far right, Parsons says, they shouldn’t be directed against the far right itself but rather against the likes of Anjem Choudary: “If you want the English Defence League and the far right to vanish overnight, then silence the preachers of hatred.” Quite how this would placate the EDL, whose leaders have repeatedly declared that it is not just small groups of extremists but the entire faith of Islam that poses a threat to western civilisation, is not explained.

Like Gilligan, Parsons doesn’t just downplay the danger posed by far-right racists but blithely denies the existence of any widespread anti-Muslim bigotry in our society. He writes smugly: “The British are a civilised, polite, tolerant people – and even after the hideous murder of young Lee Rigby, that is what we remain.”

As evidence of this tolerant attitude, Parson recounts how he saw two veil-wearing Muslim women in Oxford Street the day after the suspected arson attack in Muswell Hill: “In the blazing summer sunshine of London, the tolerant British people never gave them a second glance.” If that was so, it was certainly no thanks to Parsons. This is the man who previously told Mirror readers that wearing the niqab “sticks two fingers up at the rest of us” and that a Muslim woman who insists on doing so should be given “a one-way ticket to Afghanistan”.

In any case, one anecdote from Parsons doesn’t affect the demonstrable fact that support for Muslim women’s right to dress as they choose is at a low level among the general population. Two years ago a YouGov poll found that 66% of the public favoured a ban on the veil, with only 9% strongly disagreeing. And this is part of a pattern of popular antagonism towards Muslims and their faith.

Another YouGov poll last year found only 23% support for the proposition that “Islam does NOT pose a serious danger to Western civilization”, with 57% disagreeing. The same poll found that 28% agreed that “The growth of Muslim communities in Britain does NOT threaten the survival of the white British majority”, while 51% disagreed. Only 24% agreed that “Muslims are compatible with the British way of life”, compared with 48% who disagreed. Unsurprisingly, given these figures, 24% of respondents said they agreed with “the values of the English Defence League”.

Analysing the results of that poll in the Huffington Post, Matthew Goodwin pointed out that the one positive feature was a glaring generational gap, with younger people holding much less negative views of Muslims and Islam: “Whereas 77% of the over-60s view Islam as a danger to the West, the figure among 18-24 year olds tumbles to 38%. Whereas 71% of the older generation view the growth of Muslim communities as a threat to white Britons, the figure among 18-24 year olds slumps to 31%. And whereas 65% of the oldest reject the suggestion that Muslims are compatible, this figure dwindles to 31% among the youngest.”

This does provide something to build on. However, defeating Islamophobia is going to be a difficult and long-term task. It is not made any easier by journalists like Parsons mindlessly reciting platitudes about the tolerance of the British people and denying the reality of anti-Muslim prejudice.