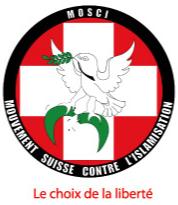 The Swiss Movement against Islamisation (MOSC) has said it will appeal a Fribourg district court decision blocking it from setting up a stand in the western town.

In October 2009, a few weeks before Switzerland’s controversial vote on the banning of minarets, MOSCI asked the city of Fribourg for permission to erect a stand. The group said it wanted to  present its ideas and ask citizens to vote against the Islamic spires.

After conferring with cantonal police and the prefecture of Gruyère, Fribrourg decided not to grant permission. The town said it wanted to avoid incidents like those in Lausanne several weeks earlier when clashes broke out around a similar stand.

MOSCI has angered many with its insistence that the Muslim prophet Muhammad was genocidal, as well as criticizing his union with Aisha, a very young girl. The organisation also considers Islam a “racist, warlike, and expansionist religion”.

Furious at Fribourg’s decision not to allow the stand, MOSCI took the issue to the district court, which last month ruled in favour of the city. But the Anti-Islam organization has vowed to put up a fight. On Monday, it announced it will appeal the decision to the Federal Court, Le Matin reported. “We were attacked in Lausanne, and then we were forbidden to have a stand at Fribourg for this reason,” said David Vaucher, president of MOSCI. “[This is like saying] that Islamist violence is right.”

Christian Pfammatter, the judge who ruled against MOSCI, explained that his decision was motivated by the lack of “sensitivity” with which the group presents its ideas, and not their substance. However, Pfammatter accepted that the case dealt with “borderline” issues straddling the grey area between the prevention of hate speech and the rights of citizens to criticize religions.

Lucia Dahlab, vice president of the Union of Muslim Organizations in Geneva, agreed the judge had been dealing with a borderline case. “We must defend freedom of expression, but if it leads to massacres like the one perpetrated by Anders Breivik in Norway, then there is a problem.”