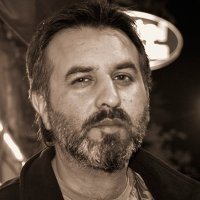 Stories about an alleged Islamist takeover of Birmingham schools are creating an atmosphere of mistrust that will harm children and prevent Muslims from becoming teachers, according to a school governor at the centre of the row.

Muhammad Khan (pictured) said that there was no substance to the widely-reported allegations that extremists have taken control at Saltley School, where he has been a governor for more than a decade. But he describes the current media frenzy and “innuendo” as “scary” and believes it will be already having an impact on students.

“There is a de-humanisation going on,” Dr Khan a tutor at Ruskin College, Oxford said. “Forget us [the governors], and forget the teachers – we are all adults. But as a child if you are constantly getting this on the TV and newspaper that this is the sort of school you are going to, then what is happening to you in terms of how you see your school, how you see your community and how you see yourself? Many of these children are Muslim and British and this is the kind of stuff you are hearing about your religion in the country that’s your home.”

The allegations emerged earlier this month in “leaked” documents, purportedly revealing correspondence between Islamic fundamentalists. They discuss a supposedly successful plan – dubbed ‘Operation Trojan Horse’ – to win control of Birmingham schools, including Saltley. Factual inaccuracies quickly led to widespread doubts about the authenticity of the documents. Some suspect they were produced by provocateurs trying to stir up ill feeling towards Muslims.

There have also been media suggestions that the documents came from concerned teachers who wanted to draw attention to what was happening in schools. The authorities are taking at least some of the allegations seriously and Ofsted inspectors and government officials have already visited another Birmingham secondary mentioned, Park View School, to investigate.

In a TES comment article today Dr Khan, an academic who has written a book on teaching young Muslims, argues that the current outcry resembles a “witch hunt” and the McCarthyism of post-war America. “This doubt and suspicion [will] ultimately mean that organisations become cautious about employing Muslims,” he writes.

In an interview he added that the coverage of the allegations would make it harder for Muslim teachers to find jobs. “The gaze on the Muslim community is based on distrust,” he told TES. “It is like – you don’t know who the terrorists are so keep your eyes open.”

Allegations relating to Saltley School reported in newspapers suggest the last head, Balwant Bains, was forced out by governors for opposing their alleged plans to scrap sex education and citizenship lessons because they were “un-Islamic”, to allow only halal food and to introduce Islamic Studies into what is a non-faith state school.

Ofsted judged the secondary “good” last May, praising the governors and head. But it also warned that: “A small minority of governors are not fully aware of all the school’s strengths when they challenge senior leaders and consequently are not always supportive of leaders.”

The watchdog visited again in November because of Chief Inspector Sir Michael Wilshaw’s concerns about the school’s leadership and management. Inspectors reported a “dysfunctional relationship” between governors and the head that was “damaging the school’s capacity to improve”. Mr Bains resigned eight days later. He has since been quoted as saying he had to leave, “to move away from a very horrible, horrible experience”.

Dr Khan said he was unable to comment on the departure for legal reasons. But he said: “Our previous head teacher was Sikh. He was employed by a panel of majority Muslim governors with Muslim applicants to choose from and yet governors are still portrayed as Islamicising schools.”

The governor said that halal food had been served at Saltley for “more than a decade”. There had never been a plan to scrap sex education, he said. There were discussions about replacing citizenship classes with GCSE philosophy lessons, but no action was taken.

Dr Khan said there had been no plan to introduce Islamic Studies. But he added: “In a Muslim majority [70 per cent of pupils] school, given the context and the level of Islamaphobia that is out there, why would there be something wrong in doing it? When you are a young person your identity becomes important, part of your self-esteem and belonging.

“So how do these schools deal with these issues of identity without being seen as Talibanising and Islamising, if their children are Muslim and their religion is an element of the identity that they bring? Legitimate questions that governors should ask due to their legal responsibilities are being interpreted as an attack on British values. This is damaging.”