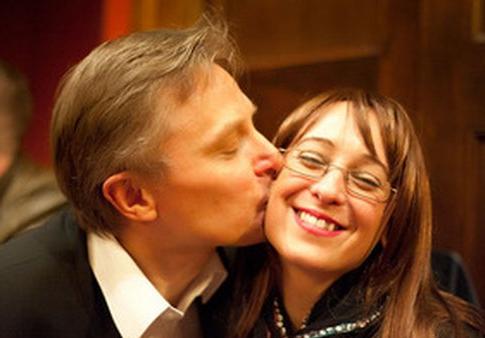 Under the heading “Unlawful Killing” this now includes the following: “You must not endorse or encourage people to perform criminal executions. However, you can endorse enforcement of execution by the state (capital punishment) after application of due judicial process.”

The latter qualification is to cover Ayling himself, who has in the past advocated the execution of political opponents like Rowan Williams, David Cameron and Nick Clegg. Still, as long Ayling states that their killing should take place after “application of due judicial process” nobody could reasonably object to that, could they? Well, Ayling’s employers, the European Bank for Reconstruction and Development, evidently did. At the end of last year they suspended him from his job after his identity was revealed.

The ban on endorsing or encouraging “criminal executions”, as distinct from the sort of executions Ayling himself advocates, was imposed after he was contacted by the Norwegian paper Dagbladetin connection with a comment posted on the 4 Freedoms site by Roberta Moore, the former leader of the EDL Jewish Division who now heads the Jewish Defence League UK.

Expressing her regret that Anders Breivik had failed to kill Eskil Pedersen, the leader of the Norwegian Labour Party’s youth section who escaped from Utøya by boat, Moore wrote: “It seems Breivik missed one. This is precisely the coward that should have been killed. Cowards can run but eventually they meet their fate. May KARMA play its part now.”

Five years ago four Muslim extremists were jailed for four to six years after being convicted of soliciting to murder because they chanted slogans such as “bomb, bomb, Denmark”, “bomb, bomb the UK”, “7/7 on its way” and “Europe, you will pay with your blood” at a protest in London against the Jyllands-Posten anti-Islam cartoons.

The Director of Public Prosecutions said at the time: “Terrorism attacks our way of life and incitement can make a very real contribution to it. We shall continue to take incitement very seriously and prosecute it robustly where there is enough evidence for us to do so.”

Why, then, has Roberta Moore not been charged with the same offence?

Moore is not the only member of the Jewish Defence League UK to advocate terrorist violence against their political opponents. Another is Rob Sims, who posted the following comment on the EDL’s official Facebook page in response to Breivik’s trial:

“We should be supporting this guy, The lot he killed where a bunch of Anti-Semite scum, These left wing idiots and muslims are making europe resemble Germany under NSDAP rule, Whats it gonna take for people to realise that we need more people like Breivik who are willing to actually fight for what he believes in.”

So far as we know no action has been taken against Sims either, even though Durham Constabulary has been notified.

If the police and Crown Prosecution Service can find the time and resources to prosecute a Muslim teenager for posting offensive online comments about British troops, why aren’t the likes of Moore and Sims in court too?