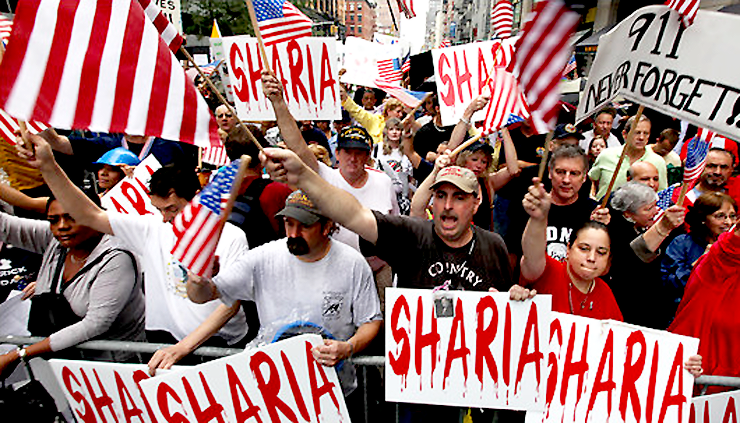 Sharia law has been “banned” by Alabama in the US – even though it has never been part of the state’s legal system.

Under the “American and Alabama Laws for Alabama Courts Amendment”, it is now illegal for judges to apply any foreign law if it violates citizens’ existing rights.

Voters passed Amendment One on Tuesday, which despite being worded to encompass any foreign law, sprang from a specifically anti-Sharia bill first proposed almost four years ago.

Senator Gerald Allen’s original attempt, the “Sharia Law Amendment”, targeted Islamic laws but was dropped after a similar move was blocked in Oklahoma because it was found to unconstitutionally limit religious freedoms.

In a 2011 interview with the Anniston Star, Mr Allen claimed the measure as necessary to “protect” the current legal system but seemed unable to define Sharia. “I don’t have my file in front of me,” he said. “I wish I could answer you better.”

The paper found that the bill’s definition of Sharia – “a form of religious law derived from two primary sources of Islamic law: the divine revelations set forth in the Koran and the example set by the Islamic Prophet Muhammad” – was almost identical to the current Wikipedia entry on the subject.

Sharia, along with other foreign laws and systems, is considered in the US and other countries in cases involving injuries abroad for example, or in family disputes for people who married or adopted children in foreign countries and contract law. But no cases have been cited where foreign legislation has been used to trump American laws or rights.

Paul Horwitz, a professor at the University of Alabama, said that even when foreign law does come before Alabama courts, judges already refuse to enforce anything that violates state policy or constitutional rights.

Randy Brinson, a member of opposition group Christians Against Amendment One, called it a “tremendous waste of effort,” in an interview with Birmingham News last week. “Sharia law is not going to be implemented in Alabama, it just isn’t,” he said.

The Council on American-Islamic Relations said Amendment One was part of an Islamophobic trend to “stigmatise Muslims as a group from which the US needs protection”.