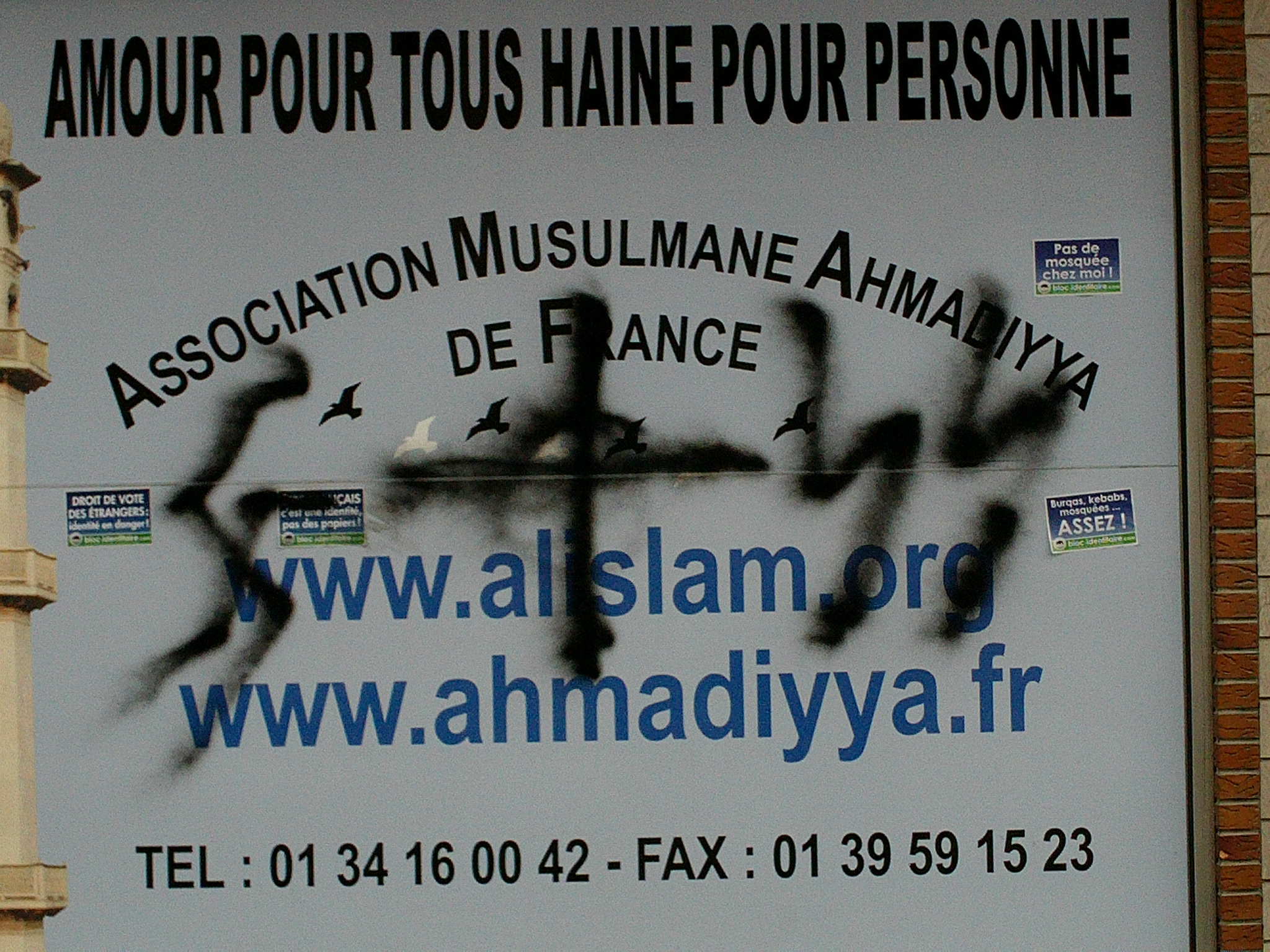 Fait-Religieux reports that Nazi graffiti was sprayed on an Ahmadiyya mosque at Épernay in northern France during the night of 7-8 November.

The graffiti was accompanied by stickers produced by the far-right group Bloc Identitaire with slogans such as “Burqas, kebabs, mosques … ENOUGH!”, “No mosque where I live!”, “The right of foreigners to vote … identity in danger!”

Bloc Identitaire for its part has condemned the vandalism … and suggested that far-leftists or radical Islamists may well be responsible.