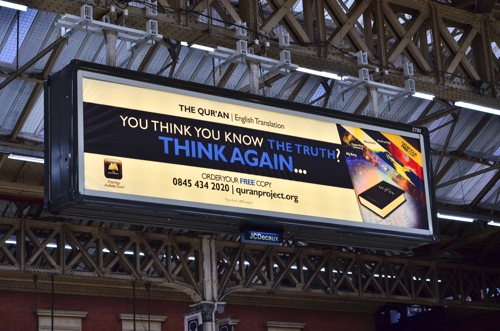 Mohammed Ansar reports on how a charity called the Quran Project planned to place posters in five major London railway stations – Waterloo, Victoria, Liverpool Street, Marylebone and St Pancras International – over the two weeks of 10-24 December, with the aim of countering misrepresentation of Islam by offering free copies of the Qur’an.

Mohammed says that the campaign had been six months in the planning and the sites were reserved by the advertising company JCDecaux at a cost of £30,000, two thirds of which was raised online through the crowd funding site JustGiving.

However, by Monday 17 December the adverts had all been taken down. An email from JCDecaux to the Quran Project stated with regard to the running of the ads that “rail companies have pointed out that this is not acceptable and we should not have done so. As a consequence, we began the process of removing your posters from the rail stations over the weekend”.

Mohammed points out that both JCDecaux and Network Rail have allowed similar campaigns for other religious groups. These include the Trinitarian Bible Society, whose adverts have reportedly appeared at Marylebone station without any objection being raised, while the Quran Project ad was removed from that station after just one day.

“As it currently stands,” Mohammed writes, “the rail companies, Network Rail and JCDecaux cannot sustain any claim in relation to a policy of no religious advertisement on their assets.”

Update:  The Quran Project has tweeted that the ads have now been restored, with the exception of Marylebone station where Chiltern Railways claim that they operate a blanket ban on all religious advertising. 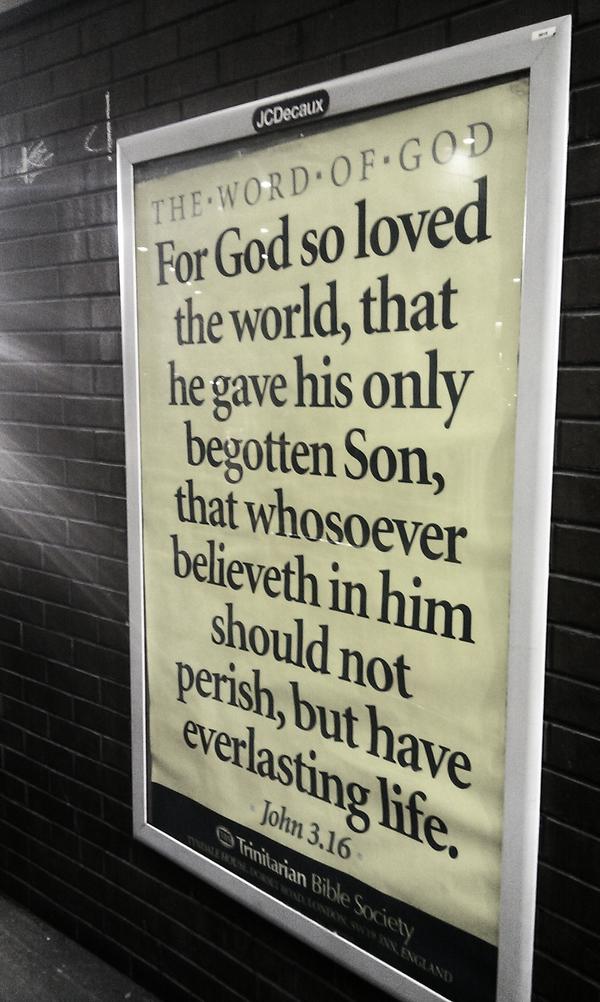